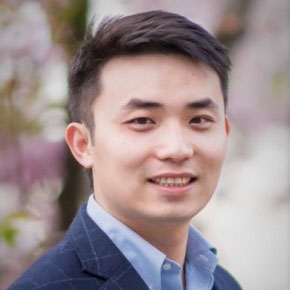 Photovoltaics (PV) technology has been advanced so rapidly in the past decade by both academic and industrial research efforts. Now, solar PV has become the cheapest source for electricity generation in many parts of the world. However, to facilitate the carbon-neutral goal in mid-century, there is a continuous driving force to reduce the levelized cost of electricity (LCOE). In this talk, we discuss the innovative opportunities in two emerging areas of PV devices: thin silicon wafer solar cells, and perovskite-silicon tandem solar cells. Thinning silicon wafer has been known as one of the most effective levers for cost reduction. However, significantly technological challenges are still present during manufacturing. In the first part, we revisit the benefits of utilizing thinner wafers via technoeconomic modeling. We discuss some of the technological innovations required to make thin wafer manufacturing possible. Specifically, we introduce some of our recent research on microcrack detection in the Si wafers during manufacturing and the low-stress interconnection design for thin-wafer solar cells in modules. Beyond single-junction silicon wafers, the perovskite-Si tandem technologies have been deemed as a promising next-generation technology. It could boost the device efficiency beyond 30%, and possibly achieve lower LCOE of the PV systems. Given the pressing challenges of the climate change, the development of perovskite solar cells to commercialization needs to be accelerated. In the second part, we discuss the opportunities of machine learning tools that could help the R&D on perovskite stability and manufacturing scale-up. Particularly, we demonstrate two examples of leveraging the active machine learning approach to accelerate the materials and process optimization for perovskites.