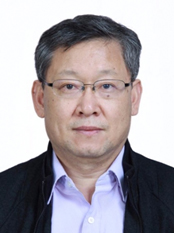 Tongwei Co., Ltd. is a large agricultural science and technology listed company (stock code: 600438) held by Tongwei Group, mainly engaged in the feed industry, and also involved in aquatic research, aquaculture, animal health, food processing and other related fields. It is a national key leading enterprise in agricultural industrialization. At present, the company has more than 170 branches and subsidiaries all over the country and southeast Asia, with an annual feed production capacity of more than 10 million tons. It is a major aquatic feed production enterprise in the world, an important livestock and poultry feed production enterprise in China, and one of the leading agricultural listed companies in sales scale of the agricultural, forestry, animal husbandry and fishery sectors in China.
At present, adhering to the enterprise vision of “For a Better Life” and the enterprise purpose of “Striving for Excellence, Contributing to Society”, Tongwei is determined to develop two major industries of agriculture and new energy, in which the main agricultural industry takes the feed industry as the core, making every effort to extend and improve the chain of aquatic and livestock industries. At the same time, in terms of the new energy industry, Tongwei has become a vertically integrated photovoltaic enterprise with the production of high-purity crystalline silicon in the upstream and high-efficiency solar cells in the midstream, as well as the construction of photovoltaic power stations in the terminal. It has formed a complete photovoltaic new energy industry chain with independent intellectual property rights, and has become a core participant and major driving force in the development of* photovoltaic new energy industry in China and even in the world.